DJ D-Nill is a great young producer from Leuven, Belgium with more than 6 years of DJ experience.

He has already a nice track record of playing in several clubs, dance parties and festivals within Belgium as well as abroad. He played on the Snowland Festival (Italy), in Bivio club (Italy), Cielo club (Italy), Alygos Club (Greece), Daydream Festival (Belgium), Sunrise Festival (Belgium), etc.
Besides playing, he loves producing his own tracks as well as re-mixing others. His passion for music has only grown bigger ever since he built his own studio where he spends as much time as possible.

Check some tracks of Dj D-Nill! 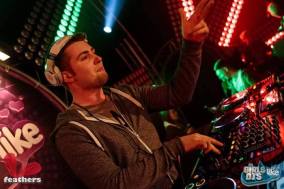